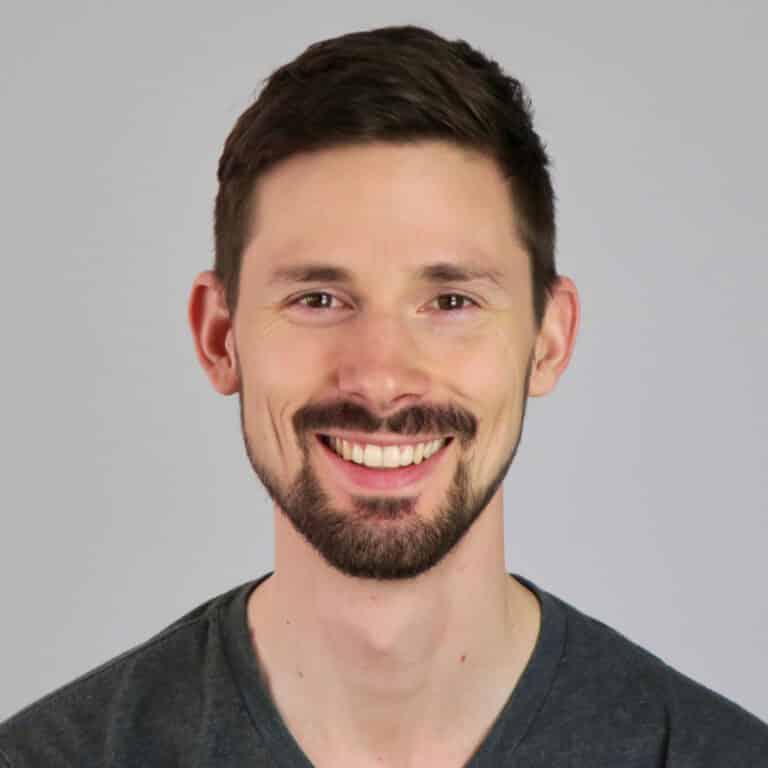 Are Stablecoins Possible? | Nevin Freeman on the Reserve Protocol 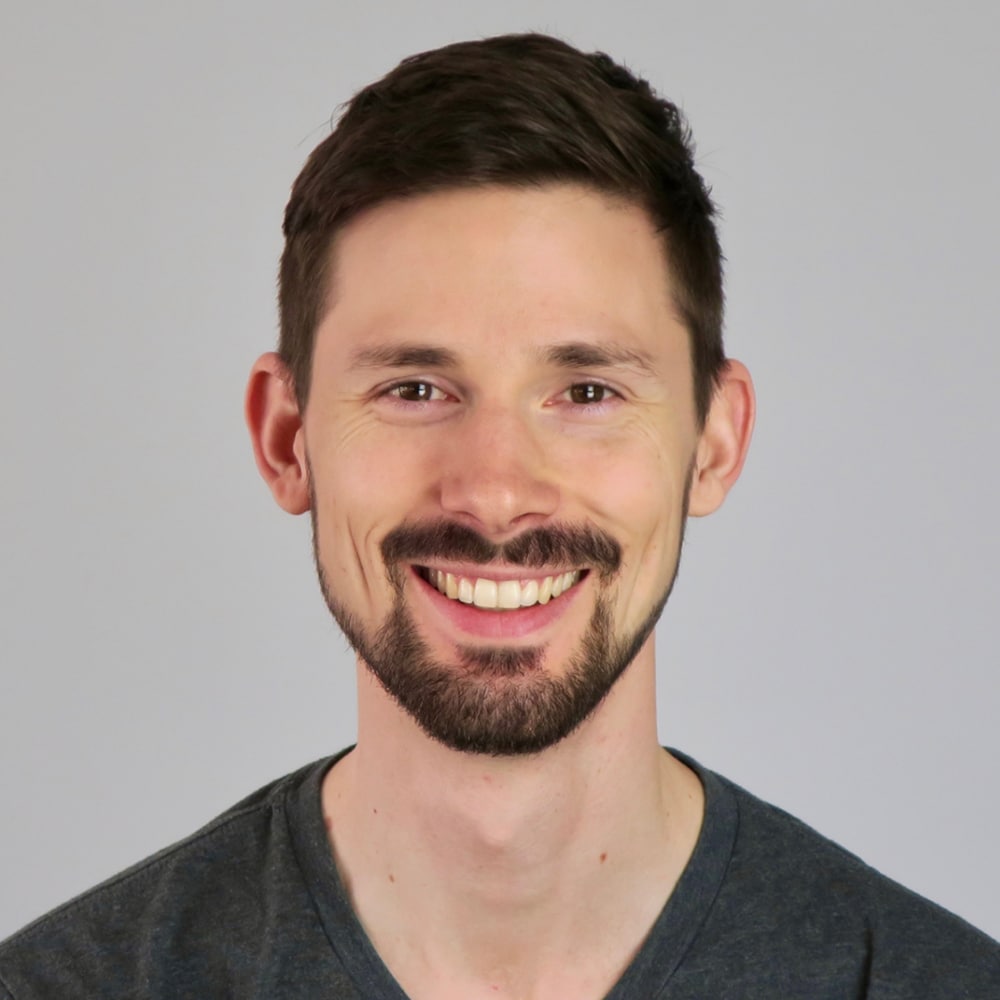 Are Stablecoins Possible? | Nevin Freeman on the Reserve Protocol

This is the year of the stablecoin, or so says Nevin Freeman, the founder of a new stable-value cryptocurrency project based in the San Francisco Bay area. In order to understand what stablecoins and how they work, we first need to understand money.

In order for something to qualify as money, it has traditionally needed to function as both a store of value, and as a medium of exchange for goods and services. The medium of exchange component of money allows it to function as a vital coordination mechanism for society, allowing humans and international governments and organizations to collaborate on a massive scale. Money is thus an intrinsic part of our capitalist infrastructure and, without currency, many of our most important institutions and organizational structures would collapse.

Yet, our system of money and credit is not without its share of problems. Middlemen, financial intermediaries, and other central organizations often charge exorbitant fees for their services. These same intermediaries often function as “gatekeepers,” permitting or preventing access to financial counterparities at their discretion. The mismanagement of our financial system by such institutions has become a major source of systemic risk, the brunt of which is disproportionately carried by those at the bottom of the economic pyramid.

Cryptocurrencies offer a possible solution to many of the most prominent problems associated with fiat currency systems. However, there are significant roadblocks on the path to widespread adoption. As we mentioned, in order to qualify as money, a currency needs to both the medium of exchange and store of value functions. This becomes difficult to do when currency volatility can wipe out 50% of your net worth in a single day or double the cost of your company’s inputs overnight.

It is no secret that crypto markets are remarkably volatile. Even the most prominent cryptocurrencies – Bitcoin and Ether – fluctuate wildly. Unfortunately, it’s impossible for a decentralized currency to function as an effective store of value if its price varies by as much as 15% on any given day and in any given direction. Even if the cryptocurrency in question were rarely to drop in price, upside volatility can create a speculative feed-back loop that discourages anyone from actually using it as a medium of exchange. Why would you pay someone’s salary in bitcoin if you expected the currency to be worth more after you sold it? In this sense, even a highly volatile asset with little downside risk that serves as a great store of value can still be a poor medium of exchange.

Until cryptocurrencies are able to function as both a store of value and as a medium of exchange, they are unlikely to become truly mainstream or see real-world adoption. Yet, as previously mentioned in the case of bitcoin, a cryptocurrency’s capacity to store value directly undermines it’s use as a medium of exchange. How do we resolve this paradox?

This is where stablecoins come in. They aim to solve the problems of our volatile crypto markets by establishing price-stable cryptocurrencies that are pegged to some other stable asset, for example, the US dollar. Notably, these pegs are not determined by supply and demand. Instead, stablecoins effectively “price themselves” by making a standing promise to fulfill any buy or sell order at a set price, regardless of changes in demand for the currency by market participants. In traditional currency pegs and exchange rate mechanisms, currency boards manage the value of the peg by overseeing the promise to buy or sell at a preset conversion price. So, how does a currency peg work in the case of stablecoins?Here is an overview of how the most prominent stablecoin projects on the market promise to do this today:

Traditional asset-backed stablecoins: In short, under this system, each unit of the particular stablecoin is backed by a corresponding unit of fiat currency. Let’s use the US dollar as an example. According to this system, a third-party issuer sells tokens for one dollar each. The issuer then keeps all the dollars taken in from these sales in an account. If an individual holding a unit of the stablecoin wishes to cash out, the third party gives a US Dollar to the holder and removes a unit of the stablecoin.

The problems with this method loom large. First, there’s the obvious fact that, at any moment, the organization or individual issuing the stablecoin can abscond with all the money that’s supposed to be in the bank account. Second, a government or other centralized organization could freeze the aforementioned account of the issuer, which would grind the project to an abrupt halt. In short, there’s a lot of risk and a lot of trust needed for this method to function properly.

Collateralized Debt Stablecoins: Under this system, instead of attempting to back units of a stablecoin one-to-one with a fiat currency, the stablecoins hold a ratio greater than one-to-one of a crypto asset (or more commonly, various kinds of crypto assets). The way this works is rather simple. An individual who holds a crypto asset can deposit this asset into a smart contract, which creates a stablecoin for them.

The peg (the value of the stablecoin) is primarily maintained by the promise of future redemption for collateral if the stablecoin price diverges from the target for too long or the value of the collateral begins to drop. In either of these cases, all of the stablecoin holders can trade their coins for $1 worth of the collateralized crypto assets. In theory, speculators will step in to buy stablecoins below the target price based on this promise of future redemption and that will keep the price stable all of the time. The primary problem with this system is that that the underlying collateral is, by its very nature, volatile. As a result, in order to ensure itself against significant price drops, the system needs to hold a significant amount of collateral (often two-to-one, or even more). This is also a much more complex system, making it difficult to implement in a way that is efficient.

Future Growth-Backed Stablecoins: According to this system, the value is maintained by neither fiat or cryptocurrency holdings. Instead, a central account is created that uses algorithms to maintain the stability and manage the supply of the cryptocurrency in the face of fluctuating demand. It accomplishes this by increasing the number of stablecoins when the price goes up and decreasing the number when the price goes down. The increase in stablecoin supply is meant to reduce the market price of the coin to its target level. Conversely, when the price of the stablecoin drops below its target price, the system will reduce the supply of stablecoins and increase the price of the coin so that it returns to its target level. The primary issue with this method is tied to speculators. If they happen to lose interest in purchasing or actively begin to short the stablecoin, then the peg eventually breaks because the entire mechanism becomes worthless.

At the moment, it remains unclear which system, if any, will work. History has not been kind to currency boards, and the challenges of implementing a purely digital version of a currency peg has never before been tried until now.

In order to better understand the nature of stablecoins, and the promise that they have, Nevin Freeman joins us for a conversation about money and the fundamental properties of currency.

Ultimately, this is an exploration of how we can make cryptocurrencies a true store of value, while at the same time enabling these decentralized currencies to function as real and viable mediums of exchange.

Nevin Freeman began life as an environmentalist in southern Oregon, where he studied wilderness preservation, thought about climate change, and considered ways of producing energy more efficiently. He stuck with this theme in college, studying mechanical and transportation system engineering in Portland, Oregon, in hopes of producing more efficient vehicles. But upon graduating, Nevin realized his understanding of the global ecosystem was simplistic and he was not on track to single-handedly solve global climate change the way he had imagined as a child.

After reflecting on why he wanted to preserve the ecosystem on the planet in the first place and realizing the thing he valued was flourishing of conscious beings, Nevin took a much broader approach to thinking about global problems and opportunities, integrating himself into the Future of Humanity Institute community, and co-creating the Effective Altruism movement – a group of people relying on reason and evidence to find the highest leverage ways of improving our world. He co-produced the first Effective Altruism Summit, directed the second one, and facilitated its transition to what is now Effective Altruism Global.

Nevin has spent his recent years building Paradigm Academy, a company builder in the Bay Area that specializes in recruiting and training ambitious, altruistic founders. Last year, Nevin left his full-time role at Paradigm to spin off Reserve, a full-stack open currency designed to bring economic stability to regions in the world with inflation problems. The Reserve team comes largely out of the Effective Altruism community, where many people aim to earn profits in order to fund the most important causes in the world.

Nevin’s mission in life is to solve the coordination problems that are stopping humanity achieving its potential, and he’s particularly concerned about averting the long-term risks posed by the development of artificial intelligence. You can reach him through LinkedIn.